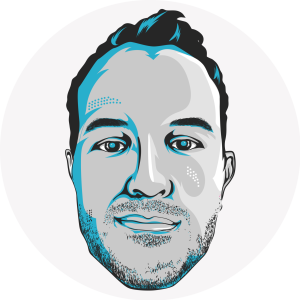 Making a case to just chill

Business has been good to me lately. My companies are doing well, DeFi has been printing yields, my once illiquid investments are paying off, and my desires haven’t notched up too much. This has led to a nice little pile of cash needing to be deployed into some investments.

While this is great, and I’m aware I’ve been very lucky, it is presenting the interesting problem of what to do next. No investments look even remotely attractive to me.

I actually think the world has gone f’ing mad

“This was because reason was, in fact, out to lunch”
-Hitchhikers Guide to the Galaxy

Or to get more specific, here is a recent Tweet from Michael Burry (of The Big Short fame)

I’m mostly on the same page (and I’m sure Mike will be relieved to hear that). I’ll walk you through my thought process here on an asset-by-asset basis.

But even the more traditional value-oriented stocks appear to have a dislocation from the fundamentals based on historical values. Here are a couple charts showing the famed “Buffett Indicator” (ratio of total US stock market valuation to GDP). Notice the only other uptick like this is 1999.

Now markets aren’t black and white. This chart alone doesn’t mean it’s a big bubble as there are many factors, but it certainly doesn’t make me feel warm and fuzzy. The higher price that you pay, the lower your expected returns over time.

No one can call market tops, and certainly not a dope like me, but it is possible to take the markets temperature, to roughly know where it is at in the pendulum swing. As the OG Howard Marks says in his memo The Happy Medium:

The mood swings of the securities markets resemble the movement of a pendulum. Although the midpoint of its arc best describes the location of the pendulum “on average,” it actually spends very little of its time there. Instead, it is almost always swinging toward or away from the extremes of its arc. But whenever the pendulum is near either extreme, it is inevitable that it will move back toward the midpoint sooner or later. In fact, it is the movement toward the extreme itself that supplies the energy for the swing back.

I really just wrote this section for a good laugh and would never actually invest in bonds right now. But just for fun, here’s a fun chart for you.

Junk bond yields are basically nothing. These are companies with poor credit ratings, effectively getting money for free. Don’t even get me started on ACTUAL negative yielding bonds that are being sold.

Enjoy ur drugs ser, cause you’re obviously smoking something good

If you’ve followed US real estate, then you’re aware how crazy it is. Just bonkers.

Residential: I meeeean. 10+ bids on a house the first day of listing, regularly going for 6-figures over asking price, bidders having to write the sellers sweet little notes on why they deserve it more than other bidders. All of this seems very normal yes’m.

Commercial: Three words. Work from home. I feel like the writing has been on the wall for a lot of commercial properties for a long time, but Covid is just accelerating things. More and more companies are just switching to permanent remote work. JPmorgan, Citibank, Google, Coca Cola, Deloitte, etc. Obviously this is not possible for all companies, but the shift is real.

Doesn’t look pretty does it? But are there any sweet spots? Well I had more or less written off most RE, but after talking to some smart people I am able to see a few opportunities.

I wouldn’t be trying to flip any houses right now, but those who are focusing just on generating yield should possibly be able to find some deals that work out. Also in commercial, high foot traffic areas will always have an appeal (and storage units for storing tomatoes), and you don’t have to compete with wonky Zillow prices there.

Well, if you’re “in it for the tech” then maybe this is your time to buy, as it has been looking UGLY AF out there. I’m def not anti-crypto, I’ve been involved for years and have been handsomely rewarded for it, but I mostly just focus on financial opportunities in front of my face, not the tech. The bull market appears to be running out of steam, and from my viewpoint there doesn’t appear to be a lot of willing buyers left (to fuel ponzinomics).

Government regulation, loss of interest, not finding sustained use cases, running out of memes, etc. Also, even if many projects are successful, that doesn’t necessarily equate to values going up. Many of my favorite crypto projects that I use basically accrue no value to token holders even though the projects serve users well.

Let’s take one of my favorites, Polygon ($MATIC). If you don’t know what it is, for simplicities sake from a users point of view it’s almost the same as Ethereum, just multiple orders of magnitude cheaper and faster. It’s a pleasure to use, and already has more transaction volume than Eth itself and is growing rapidly.

But guess what, while the Ethereum network earns $500k/day in fees the Polygon network earns less than $10k/day in fees, yet for some reason has a market cap of almost 7-Billion dollars. And all of this still ignores the “valueless governance tokens” issue.

And don’t even get me started on Dog-money

A couple of months ago I saw the clear signs of a bubble forming and exited large portions of my crypto to stablecoins and I’ve been earning beefy yields on them ever since. This has been great, I dare say even amazing, but with prices crashing and more hodlers moving into stables, the yields are dropping fast. A couple of months ago my stable-yields were regularly 25%-50% for lower risk projects. Now, those same projects are yielding 4%-15% and could still be heading lower. Here is a chart of February vs now showing the yields on Curve (a major battle-tested platform for swaps and yields)

8% is a damn good yield on dollars, but it’s not the same as actual dollars in my bank account. There are platform risks and de-pegging risks and me being dumb risks and unknown risks, and I’m not sure that I want to keep high balances there if I’m not being properly rewarded for for that risk. At the very least, I know I don’t want to put any more into DeFi with these yields.

I’d already started slowing down my angel investments the last year or two simply because that side of my portfolio got over-balanced, but now I’ve stopped all except for just one rolling fund (he has great clarity) and the super-rare personal check. VC is facing the same problems as everything else. SO MUCH CASH being thrown at companies. Good companies, shit companies, no matter. The failure rate and math doesn’t seem like it’ll add up to me.

Of course if you hit a major winner then valuations won’t really matter, but that’s a tough goal. I like to think of a very well diversified angel portfolio as having a fairly reasonable chance at having ok-ish returns, while at the same time having a high upside lottery ticket stapled to each term sheet in case you hit a unicorn.

But if the chances of ok-ish normal returns go away and you’re just getting the lottery ticket, and those odds aren’t as attractive to me.

Well, if you’re building and selling online biz’s right now, then BUSINESS IS GREAT. If you’re looking to buy them then it’s not as clear. Like everything else, valuations are at an all-time high.

Some of this seems really natural. The industry is maturing, larger players and funds are entering the space, so naturally valuations will go up. A clear example is Thrasio, a company that rolls up Amazon FBA businesses. They are in talks to go public via a SPAC with a valuation in the billions. Garlic press -> $Billions.

Personally I still think that buying the right private biz for the right person can still be a great investment, it just takes some more digging now and the returns will probably be a bit lower. It’s probably a great fit if you either have more time than money, or have a team that can really scale projects out. Flipping is not your friend here.

So there’s my old-man buzzkill case against absolutely everything

Should you listen to this? Probs not.

If I was dollar cost averaging into index funds like a good boy I would probably not pay attention to anything here and just keep doing that.

But I’m not a good boy

Also, it’s important to note that I say all of the above in the context of the investing game I’m playing, which is more of a “don’t mess it all up” long game. If you’re a speculator you might not care about anything said here.

Good luck out there